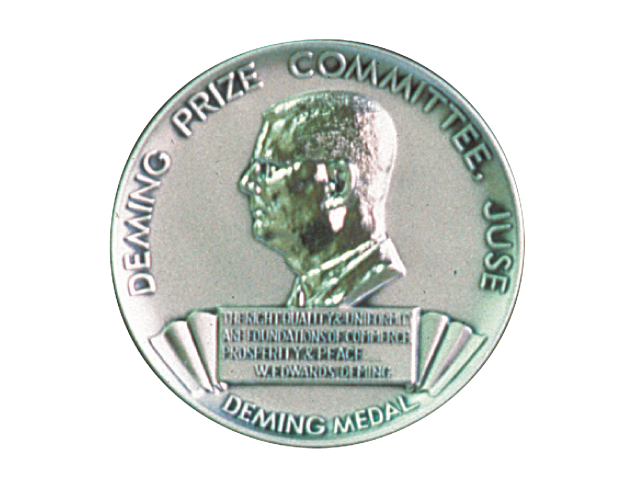 In 2012, Ahresty was awarded the Nippon Monozukuri Taisho Award (or “Japanese Manufacturing Award”) for Excellence in the Overseas Expansion category.
The award was presented in recognition of the establishment of a local employee training and manufacturing setup at Ahresty Precision Die Mold (Guangzhou) Co., Ltd. in China—which manufactures die molds—to achieve the same level of manufacturing quality as in Japan. The receipt of this award by Ahresty marked the fourth time for the award to be presented. 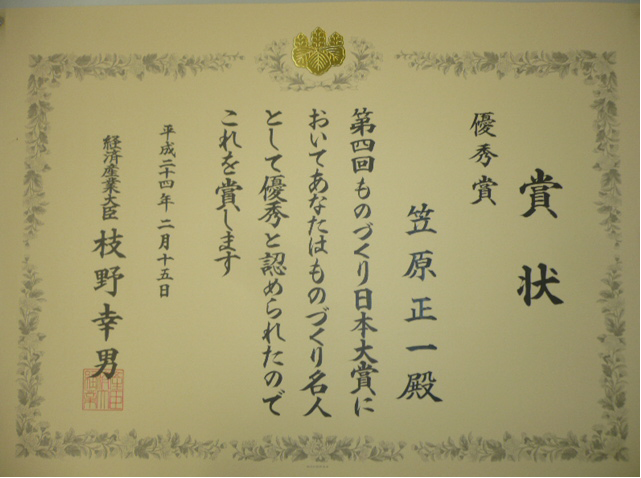 Ahresty has been awarded the Kaoru Ishikawa QC Circle Prize. The prize is awarded by the Union of Japanese Scientists and Engineers to QC circle groups that engage in exemplary quality control and kaizen (improvement) activities. 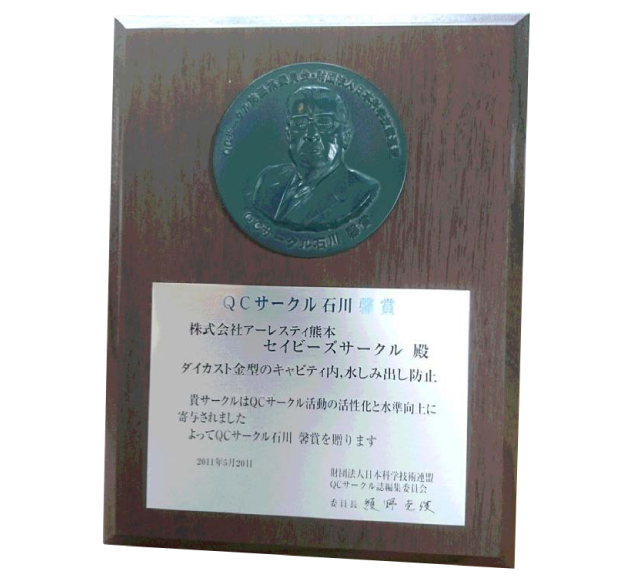 The Onoda Prize is awarded as one of three prizes offered by Japan Die Casting Association. It is awarded for research themes that make significant contributions to the advancement of the Japanese die casting industry.
Ahresty was awarded the prize in 2005, in recognition of its research achievements in manufacturing testing for large-scale frames using a high-vacuum (HVAC) casting method.

The Takahashi Memorial Award is awarded by the Japan Institute of Light Metals in memory of the achievements of the late Aiji Takahashi (Ahresty’s founder). It is awarded to skilled employees with extensive experience (around 15 years or more) in smelting and casting work who have distinguished themselves in the advancement of manufacturing techniques in areas such as aluminum alloy casting, or in the manufacture of die cast products.
The Ahresty Group has a long history of receiving numerous such awards.

Cultivation of Human Resources at Ahresty